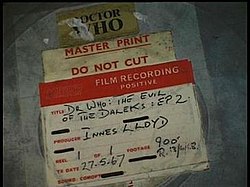 The lost episodes from season 1

There has been so many missing episodes from season 1 to season 5 approximately Between 1967 and 1978, large quantities of videotape and film stored in the BBC's Engineering department and film libraries, were wiped or destroyed to make way for newer programmes.This happened for several reasons, primarily the belief that there was no practical value to its retention.The missing episodes mostly the storys of the first two Doctors: William Hartnell and Patrick Troughton.