History of Doctor Who 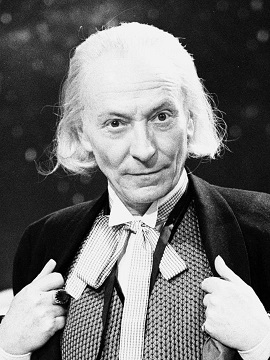 Doctor who first appeared at 5:16 on the 23rd of November 1963 the show was made for an educational purpose to teach kids about historical people throughout time. The show was put back by 80 seconds because of the assassination of president John F Kendey.On July 31st 1963. Whitaker commissioned Terry Nation to write a story under the title The Mutants. original called the daleks and Thals were victims of an alien neutron bomb attack when the script was presented to Newman and Wilson it was immediately rejected as the program was not allowed to contain any “bug eyed monsters". According to producer Verity Lambert. Falling viewing numbers, a decline in the public perception of the show and a less-prominent transmission slot saw production suspended in 1989 by Jonathan Powell, controller of BBC 1. Although it was effectively cancelled with the decision not to commission a planned 27th season, which would have been broadcast in 1990, the BBC repeatedly affirmed, over several years, that the series would return. In 2005 a version of Doctor Who is a direct plot continuation of the original 1963–1989 series and the 1996 telefilm. This is similar to the 1988 continuation of Mission Impossible, but differs from most other series relaunches which have either been reboots (for example, Battlestar Galactica and Bionic Woman) or set in the same universe as the original but in a different time period and with different characters (for example, Star Trek: The Next Generation and spin-offs). The programme has been sold to many other countries worldwide.